In front of millions of spectators, the 31-year-old cyclist proudly raised the winner’s trophy – designed by ŠKODA and made of Czech crystal glass – up into the Parisian sky after the finish on the Champs-Élysées. ŠKODA CEO Bernhard Maier presented the green glass sculpture for the winner of the points classification in this year’s tour to Peter Sagan. The trophies for the best young rider as well as the best climber in the world’s toughest cycling race were won by Adam Yates and Rafal Majka respectively. This year marks ŠKODA’s 13th year supporting the Tour de France as its official sponsor and vehicle partner. During the last stage, ŠKODA provided another highlight with the public debut of the new ŠKODA KODIAQ. The brand’s large SUV, which was camouflaged in red, grey and black, drove in the support vehicle fleet and completed a total of six laps of honour around the Champs-Élysées. 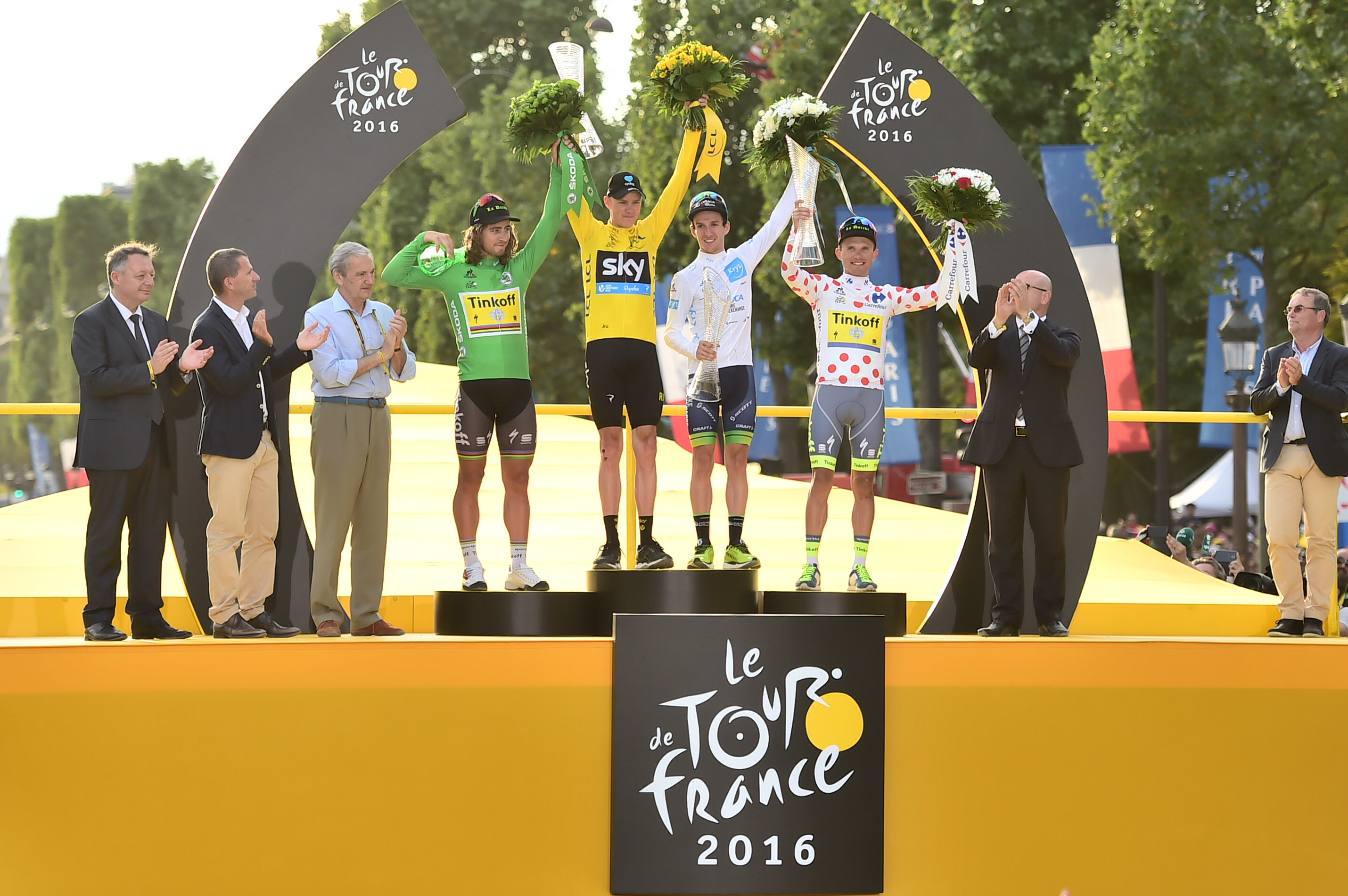