A Visit From A Veteran

Mazda customer Rob Jacks called by today with his fantastic 1933 Austin 7.  What a gem !  We couldn't resist taking a picture of it next our our Mazda MX-5 RF in the sunshine.

The Austin 7 was an economy car that was produced from 1922 until 1939 in the United Kingdom by Austin. It was nicknamed the "Baby Austin" and was at that time one of the most popular cars produced for the British market and sold well abroad too. Its effect on the British market was similar to that of the Model T Ford in the US. 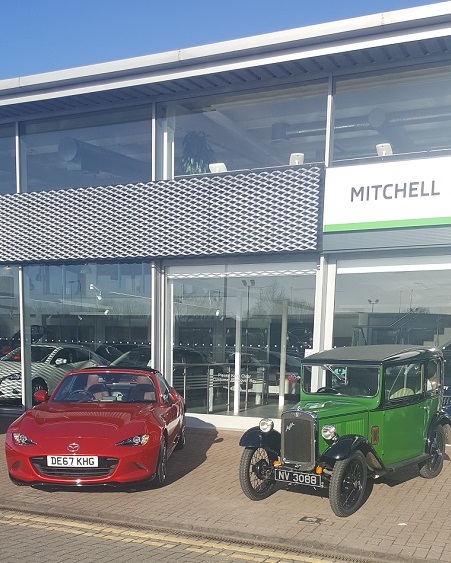